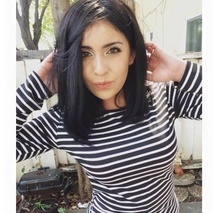 Nora
Successfully funded on May 21st, 2015!
Fully funded!
$4,100 raised
$0 to go
0 DAYS TO GO
Matched donation
Still want to help? Donate directly to Wishbone so we can help more students like Nora.
Donate to Wishbone

My passion is dancing.

I have always been inspired by the art of dance. Ever since I was a young girl, I've found dancing to be a relief from many of the hardships I have encountered in my life. Dancing is and will always be something I enjoy doing, but due to my busy work and school schedule, I've had to pause my dream of dancing professionally. SOCAPA would be just the perfect opportunity to resume one of my greatest passions; it would be a dream come true.

SOCAPA Summer Dance Camp will definitely shape me into a greater dancer. Knowing that the faculty is built from amazing people who have professional and academic experience ensures that I will develop my passion. I believe that SOCAPA will be an amazing way to learn new choreography and build up my confidence.

"As a student and young woman, Nora regularly exhibits a high level of passion, persistence, and motivation. These qualities become most apparent when Nora is able to explore creative avenues of self-expression which allow her to put her unique personality and perspective on display.

Nora is an excellent candidate for SOCAPA Summer Dance Camp because she is passionate about dance and she is eager to grow in all areas of the art form. Though a talented dancer in her own right, Nora has been unable to fully cultivate this talent due to financial barriers as well as a busy personal and academic schedule."

Nora posted an update
August 10
Fun in the summertime!

The program I was lucky enough to attend was SOCAPA acting for film. We did so many fun and educational activities! For example, Evan, Lowe, and Jordan worked with us in a way that helped us became more confident in acting and explained everything we needed to become a successful actor. We also performed for a live audience which was a great experience. In this two week course, we learned what a college level class would learn in a year; we worked on partnering, text analysis, imagination, and much more. Not only did we learn many educational skills, but we also had so much fun traveling and exploring New York. We went to the Brooklyn Bridge, Little Italy, Coney Island, Union Square, Soho, Herald Square, West Village, Fulton Street, and my two favorite: Times square and the Fuerza Bruta show. Times Square is so beautiful and the Fuerza Bruta show was one of the craziest shows I have been to, it was so much fun!

The program I'm going to attend is SOCAPA Acting for Film. It is a program in New York that teaches its students many techniques about how to become and be a better actor. I chose this program because I know that I will learn many different skills that will help me not only as a actor but as a person. I'm really looking forward to exploring New York and learning so many new things from my classes. I'm so excited!!!!

An Anonymous Donor matched this donation with $109

An Anonymous Donor matched this donation with $500

An Anonymous Donor matched this donation with $5

This donation is actually from my wife, Candace Loeffler. We'll look forward to seeing you on stage someday!

Thank you mom! I don't know why this shows as me.

Hi this is the friend of your man josh he told me about what you want to do and I'd like to help I'll be in training anyways good luck.

I hope you have fun and make it and enjoy yourself. You're the best.

An Anonymous Donor matched this donation with $1

Mr. Drew started this campaign
May 5

Nora was accepted into Wishbone!
December 8
Successfully funded on May 21st, 2015!
Fully funded!
$4,100 raised
$0 to go
0 DAYS TO GO
Matched donation
Still want to help? Donate directly to Wishbone so we can help more students like Nora.
Donate to Wishbone
Donors
Special Thanks
About the Program