Success! Gustavo's scholarship was fully funded on May 16th, 2018. 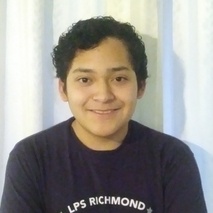 Gustavo
Successfully funded on May 16th, 2018!
Fully funded!
$775 raised
$0 to go
0 DAYS TO GO
Matched donation
Still want to help? Donate directly to Wishbone so we can help more students like Gustavo.
Donate to Wishbone

My passion is soccer.

I became passionate about soccer in the 5th or 6th grade, when I realized that I really enjoyed playing soccer. I wasn't very good, since I have never been on a team before, but then I started to learn how to play. I started to watch other people play, and copied techniques that worked out in the pitch and for me. After 3 years of practicing street soccer, I finally became decent in soccer. In those three years, I started watching leagues from around the world and I realized that I found soccer something that I was really fond of. I always talked about it with my friends and I learned about many different players.

Attending US Sports Nike Soccer Camps will help me pursue my passion about soccer because I can get good practice, improve and maybe even get a soccer scholarship. I also feel that after being in this program, I can improve my skill and maybe join the team next year. Also, it would give me a chance for scouts of other teams to see me play and they might put me in youth academies in a professional team, which could probably give me a future career in soccer. This would help make my passion to pursue soccer a reality and not just a dream!

Gustavo has an avid passion for soccer, both playing and watching. Gustavo continues to strike me as a remarkable individual beyond the realm of soccer, however. The first time we met was during the Freshmen Retreat, in which the advisors to the incoming 9th grade class go to UC Davis overnight with their advisees. The purpose is to build community among our advisory, which will stay together for all four years, and introduce students to the culture of our school. One of the first activities we did together as an advisory was a scavenger hunt, in which we had to explore UC Davis' campus and take pictures at specific locations. Gustavo immediately took the lead for us, volunteered to study the map and navigate our way through campus. He remained at the helm for the entirety of the hunt, exemplifying leadership and intuitive thinking. I was so impressed by this act of leadership, that I selected him as our "Puma of the Retreat," an award that recognizes the 9th grader in our advisory that most exemplified the values of our school. Gustavo's natural intelligence and leadership qualities would contribute tremendously to his US Sports Nike Soccer Camps experience and community. I have no doubt that he would quickly emerge as a leader and model for his peers; he is naturally a North Star that others follow for guidance. Providing Gustavo with the opportunity to continue cultivating these burgeoning qualities and skills amidst young men and women from outside his community would undoubtedly facilitate his growth as both leader and learner.

I myself am a large soccer fan, and follow the Premier League and Champions League. During Advisory, my advisees (prominently including Gustavo and I) will discuss games, players, trades and the like. It is clear that Gustavo is an avid fan, and that watching soccer has become a significant part of his life. However, it does not end there. Gustavo frequently goes to a nearby park after school with his friends, many of which are in our advisory, and plays a few days a week.

My experience at the summer camp I attended was quite interesting. I didn't know anyone when I got there but I quickly became friends with my roommate, he was a pretty cool guy and we got along pretty well. When the training began I felt overwhelmed by the people there and I thought I wasn't gonna be good enough. But soon after my coaches supported me and so did my teammates. I learned new drills, exercises, and new things I never knew. I'll admit it was challenging and at points I felt like I was doing bad but I kept being supported and started to relax and talk more around them. Overall it was a really good experience and I enjoyed it. I wanna thank Wishbone for making it possible and to all the donors for making it come true.

Gustavo posted an update
June 6
How I will prepare

I am super excited to be able to attend this soccer camp. I will get there by car and will attend the camp overnight. My dad will provide me with the soccer cleats, the shin guards, and all the other basic stuff. I will pack my clothing that I will be using in my time at the program. I just need to fill out the survey and talk to my advocate about other things that will need to be sorted out. Thank you for the opportunity!

Thank you all for your fundraising efforts this year! We are happy to fund the remainder of your campaign!

Have an amazing experience!

Great job so far! Keep up the fundraising!

Gustavo was accepted into Wishbone!
February 2
Successfully funded on May 16th, 2018!
Fully funded!
$775 raised
$0 to go
0 DAYS TO GO
Matched donation
Still want to help? Donate directly to Wishbone so we can help more students like Gustavo.
Donate to Wishbone
Donors
Special Thanks
About the Program

Sending Gustavo to US Sports Nike Soccer Camps will cost $775.