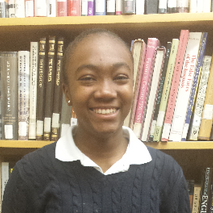 Asia
Successfully funded on April 30th, 2015!
Fully funded!
$4,237 raised
$0 to go
0 DAYS TO GO
Still want to help? Donate directly to Wishbone so we can help more students like Asia.
Donate to Wishbone

My passion is to open myself up to a variety of activities.

My passion for new experiences was clearly evident from a young age. When I was only three years old, my mom signed me up for my first violin lesson. I loved it! By the age of five, my activities included art classes, orchestra, soccer, tennis, swimming, karate, playing viola, and math classes. These were enriching experiences that caused me to grow. Last year, when entering my new school, the heavy homework load and the expense of various activities that I had grown to love was more than my family could afford. Currently, I take piano and play soccer, but I am hoping that through the Brown Leadership Institute program, I can continue my involvement in some of the activities that I've had to discontinue, while at the same time being introduced to new ones.

"In joining our school community, Asia entered a very affluent community, which was quite different from the neighborhood and school that she was used to. Asia had to get used to a new set of friends from different backgrounds, new teachers with new expectations, and a whole new learning environment. During this time, several of Asia's family members passed away, making the experience doubly difficult. However, Asia quickly made Marymount her home. She invested herself in her classes, asked questions, sought new experiences, delved into soccer and came out on top. Asia never appeared to be struggling. On the contrary, she seemed to thrive. Asia possesses a can-do attitude and takes a spirited, positive approach to all of her endeavors.

Asia gives everything that she does her all. I am certain that attending the Brown Leadership Institute would open up her world to new experiences and people. Asia would make strong contributions to this program, take full advantage of all that it offers, and form lasting relationships with peers from all walks of life."

Asia posted an update
August 24
My Amazing Summer at Brown!

My experience at Brown was definitely one I will never forget. The first day I arrived, there were so many people gathered on the lawn from a vast variety of programs that were taking place at Brown. The people from my program, The Brown Leadership Institute, gathered into the main hall, which held a total of 130 teens for orientation. While in the hall, the program director discussed all of the details about the program and divided us off into our groups. We met our staff and leader fellows, who were very helpful and friendly throughout the entire time at Brown. They helped us settle into our dorms and gave us the freedom to hang around the area. During this time, we had the chance to explore the campus of Brown. By being able to travel around the university’s campus, I became acquainted with people in my program as well as others. Something that I found very amazing, from the first day, was the vast amount of diversity that Brown had to offer. I met teens from England, Dubai, Australia, Arkansas, California, and abroad. I have never been at a place where people came together from all over the world for a summer program.

For the next 10 days at Brown, I was kept busy with a lot of workshops and the course that I took called, “Leading with Empathy.” The workshops we faced were very intense and engaging. They gave each and every one of us time to reflect on ourselves and on influential moments in our lives. One of my favorite workshops was called, "North South East and West." This game was meant to give everyone some insight as to whom they were as a leader. Each of the four directions had different qualities that would help distinguish someone’s qualities as a leader. The outcome of the game showed me that although the leadership styles of the room were different, everyone in the end had positive attributes, which are needed to succeed in any task.

My class, Leading with Empathy, which took place for 4 hours a day, was very interesting. It taught me a great deal on psychology and the feeling of empathy. Every day, we would study a new topic that both directly and indirectly connected to empathy. Two of my favorite activities were learning about how we, as people, are connected to empathy and also the mock trial debate that we had about the importance of empathy. We learned a lot within those two weeks at Brown.

The last day was one of the saddest days of the program. Having to part from the people who were like my second family for two weeks was very difficult. There were a lot of tears and many good memories made at Brown.

One of the last tasks that we had to complete before leaving Brown was to present our action plan. Our action plan consisted of an issue that we felt very strongly about and wanted to improve in the world. My action plan was to diminish the gun violence in New York and to spread awareness of the issue to people in my community. Everyone had amazing ideas that ranged from trying to spread happiness through their school to donating sports equipment to the children of Guatemala. The last words that they sent us with when we left Brown was to never stop trying to make a difference and to try our best to fulfill our action plans.

Overall, my experience at Brown University was amazing and I would like to thank Wishbone and all of my donors for affording me the opportunity to have a great summer. I really appreciate it!!!

In less than three weeks, I will be on my way to Brown’s Leadership Institute. The Brown Leadership Institute inspires students, like myself, to make a difference in world issues such as poverty, environmental destruction, and social equality. The Brown Leadership Program encourages students to learn about world issues and pick sides on controversial issues. Each course urges students to explore the topics, discuss what they find with each other, and grow in knowledge. I chose to take part in Brown’s two-week leadership program because I was interested in a course they offered called, “Leading with Empathy in the 21st Century." This course will allow me the chance to examine the behavior of renowned leaders, observe the role of empathy on people’s daily lives, and the connection to the decisions made by leaders, as well as ourselves. This course will also push me to analyze myself and connect how my emotions effect my actions. While the course discusses the emotions and behaviors of people, it also connects with one of my career aspirations: to be a psychologist. While taking the course, I am looking forward to expanding my knowledge and gaining more empathy for people who struggle and an overall a deeper understanding of humanity.

Asia, you can do anything you set your mind to! We are all cheering you on!

If you work hard you can achieve anything!
Go do some great things!

This will be an awesome experience for you!

So proud of you, Asia!

We are so proud of you, Asia!

You're always an inspiration, Asia! So proud of you!

Good Luck and follow the Futterman family motto - Try your hardest; Always be yourself and Never Never give up. Ally and all the Futtermans

You are a strong and a good girl, may God bless you abundantly!

Hi Asia! I'm Marymount Class of '95 alum! I wish you all the best! You inspire us all!

Asia! I'm from Marymount Class of 1994. I wish you a bright and successful future! Keep working hard! Your dreams will come true!

We love you Asia!

Go Asia go! I graduated from Marymount in 1996 and lived a similar life experience. More than happy to support in any way I can!

Wishing for you many more opportunities to nurture your talents!

Asia is an inspiring student!

Good luck with your studies, Asia! We should all be so lucky to have a Ms Kutner in our lives (I was)!

Asia was accepted into Wishbone!
February 10
Successfully funded on April 30th, 2015!
Fully funded!
$4,237 raised
$0 to go
0 DAYS TO GO
Still want to help? Donate directly to Wishbone so we can help more students like Asia.
Donate to Wishbone
Donors
Special Thanks
About the Program