Success! Jacqueline's scholarship was fully funded on May 20th, 2016. 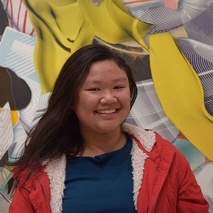 Jacqueline
Successfully funded on May 20th, 2016!
Fully funded!
$4,186 raised
$0 to go
0 DAYS TO GO
Still want to help? Donate directly to Wishbone so we can help more students like Jacqueline.
Donate to Wishbone

My passion is making a positive difference.

When I was in elementary school, I discovered I had many ideas for making a positive difference in my school and the world. In fifth grade, I ran for secretary of my grade, and in eighth grade, I ran for secretary of my Kiwanis Club. Now, I try to make someone's life a little better every single day. I volunteer for many organizations, including Relay for Life (American Cancer Society) and Toys for Tots. I also try to make a difference by raising money for cancer research and spreading the word about checking for early signs of cancer. The world seems to be a dark place right now, and I want to make a positive impact.

The Brown Leadership Institute will help me grow both as a person and as a leader. It will offer me a chance to engage with different students and learn more from them. Attending this program will teach me how apply my skills to make differences in my school, my neighborhood, and one day, the world.

"Jacqueline is an ideal candidate for Brown Leadership Institute because it will teach, train, and support Jacqueline as she works to achieve her goal of helping people in need. Jacqueline has already starting to show many the leadership traits through her interactions with both peers and adults in classes and school clubs. In addition, she actively participates in her classes and offers meaningful opinions during discussions. I believe that, with the help of top professionals at Brown Leadership Institute, Jacqueline will propel herself to the next level and become an even better leader."

It's been a nostalgic weekend...

My friends and I have been texting each other constantly because we miss Brown so much! We named our group chat "Brown Fam🐻❤️" because we really became a family during those 2 weeks. 13 days of inside jokes, intense study sessions, and adventure changed how I see friendship; I never knew that you could make close friends with people who lived on the other side of the world in only a couple of days. I also miss things other than my friends, including the pesky moths that infested the Brown campus. As annoying they were, my friends and I would bond over running away from them.

I also miss when we were trying to find a bowling alley but my friend Jeremy entered the wrong address so walking "0.3 miles" (as he said) turned into walking a whole mile! I miss the waffles we would top with peanut butter, whipped cream, ice cream, maple syrup, honey, and sprinkles. I miss staying up until 1am, 4am, and 10am (something I don't recommend doing) enjoying each other's presence, making brownies in the fraternity's kitchen, and trying not to think about our departure. I miss the environmentally-friendly campus that would not have air conditioning even on 90 degree days. I realize now that the memories that are most valuable are the little ones. Who knew that walking long distances in the heat to the mall is the memory that lasts the longest. Blasting One Direction and 2000s music is something that will remind me of this summer every single time.

But I haven't been reflecting only on my time at Brown, I've thought about HOW it's affected me. Through my friends I've learned so many things. Through Freddie I've learned kindness: if you didn't have enough money to buy a drink when it was scorching outside, Freddie would cover the cost. If you had your hands full, Freddie would hold the door open for you without asking. Camille taught me the importance of having a sense of humor and how to kick it on the dance floor.

Through Rhea, I learned maturity. Rhea was one of the youngest people in our program but she was more mature than some 18 year olds. She has taught me that being the bigger person is always better. Through Filippo, I definitely inherited humor as well. Filippo would answer all class questions the best he could, but with his own spin: comical and intelligent at the same time. I admire that and I will always take that with me. Through Leo, I learned how to be carefree. Leo's a really cool guy and although he took things less seriously, he showed me how to be calm in a stressful college environment. I'm going to need this in the future when I go to college and I will reference these memories when I need them. Through Jeremy I acquired determination. It's really hard to go to the gym every other day, especially if you're in an environment where food is available all the time, but he did it. He went to the gym and he worked out and he came back free of worries and stress. He's influenced me to start going to the gym too, and he's taught me strength of character. Through Jasmine I learned friendliness: she is always kind and laughing with you, not at you.

Martina showed me how to persevere. Even though English was not her first language, she was able to conquer our class and have an amazing action plan. Though we sometimes had age and language differences, we bonded through ABBA and jokes because she's an amazing person. Last but not least, Alameda. Alameda is a fellow Wishbone student and she's taught me the most. Not only has she taught me the importance of a good outlook on life, positivity, but also how to make a tasty salad. Did you know that iceberg lettuce is mostly water and you need a second type of greens to get true nutritional value? Also, balsamic vinegar is a really good dressing. Every person in the world can rant and complain but Alameda can show you what's really worth your time: positive thoughts. I'm really thankful to the donors that helped me and Alameda attend this program and gave us the chance to meet. I left Brown a changed person: more mature, sensible, wise, and open-minded. I've grown so much, thank you. I appreciate you endlessly for the summer you have granted me; I will never have a summer like this again. You've affected not only me, but my mom too. As an immigrant, she never had the chance to live on a college campus and experience the college life. But during these past two weeks, she was able to get a feel of the campus life because I told her everything about the cafeterias, the classes, and the people. We've both been changed by this experience and I dedicate this summer to my friends and to you. Thank you so much. :)

Hi from the Amtrak station in Providence, RI!

Today (7/8) was my last day at Brown University Leadership Institute and I couldn't be more sad to leave. These two weeks have been so amazing I can barely put it into words. Thank you so much for allowing me to spend these two weeks here; I will be forever grateful. This summer, I attended the Leadership and Global Engagement course and we learned many things (model UN, deliberations, public speaking, communicating, teamwork) but the main and final project was the Action Plan. For my Action Plan I chose to create an event that would combine cancer awareness and exercising: the Athletics Benefit for Charity (ABC). I'm hoping to bring this Action Plan to life when school starts in September but for now, I'm really eager to make it happen. The ABC will include having the sports teams at my school compete with each other while raising money for Relay for Life. I anticipate the ABC will be annual and will raise money for a different charity every year. I put a lot of work into my final project so I'm really excited to plan it in the fall and see how it will turn out in June 2017. ABC will try to make a positive difference in the world by raising money for charities and inviting students to be active while having fun. We presented our plans in groups today in front of students and parents and it went really well. Everyone was really nervous during the presentations but after them, the mood shifted to reminiscence; we all wanted to stay another 2 weeks! I will miss all of my classmates and friends from around the world and hopefully, we will all stay in touch. THANK YOU for choosing to allow me to come to this program. You have inspired me to make a change in someone else's life. I will remember this summer forever and one day, like you, I will make someone else's summer amazing too. Thank you for teaching me the act of being kind and donating. I cannot thank you enough for this astonishing couple of weeks that you have granted me to allow me to pursue my passion of making a positive difference in the world.

I'm having such a good time here at Brown University! I've befriended many people hailing from UAE, Italy, Turkey, Sweden, India, and all around the US. I wake up every morning so thankful to be here- I've not only made a ton of friends, but I've been learning so much too. We've had classes on speaking and listening, model UN, and a debate on Iran. We've also gone to a Challenge Course in the forest where we learned communication and teamwork skills through trust and diversity exercises. The food here is really, really good!! I find myself complimenting the chefs daily on their amazing chicken and cake. My friends and I spend our free time going down to Providence Place Mall, bowling in East Providence, and hanging out in our dorm's lounge. My friends are all amazing people and I don't want to ever leave (I love Rhea from the UAE the most). Thank you for allowing me to spend 2 exciting weeks here!

Thank you for supporting my campaign! It means the world to me that I can spend this summer at Brown University! I'm really excited to start my life-changing summer at Brown, and it's a little bit more than a month away. I can't wait to see how this summer program will affect the way I view the world and its leaders. I appreciate your generosity and kindness wholeheartedly. The countdown to June 26 begins! :)
Sincerely,
Jacqueline

I applaud you for your dedication to making a difference!

Jacqueline was accepted into Wishbone!
February 1
Successfully funded on May 20th, 2016!
Fully funded!
$4,186 raised
$0 to go
0 DAYS TO GO
Still want to help? Donate directly to Wishbone so we can help more students like Jacqueline.
Donate to Wishbone
Donors
Special Thanks
About the Program