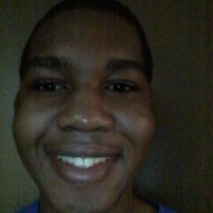 I discovered my passion for math while doing geometry in 8th grade. I'm not great at geometry, but the way the material was taught truly interested me. It surprised me at the time that we could prove a large reasoning of what I considered true by virtue as an extension of a few simple axioms. After that, I've always been interested in why something works rather than being complacent in using it blindly. My first exercise when learning something new is to prove it and many times it's always simply an extension, or the same things in different terms, from what I've previously learned. The idea that if someone were to accept a small set of axioms, that if I accept these seemingly superficial statements as true, that a plethora of theorems, identities, expressions, and more could follow is almost surreal, in a good way.

Attending Centenary Summer Scholars would allow me to have some research experience with not only some of the best mathematicians but also one of the best facilities. What I hope to gain by attending Centenary Summer Scholars is an increased level of mathematical maturity. Attending will allow me to be around equally, if not more, enthusiastic young mathematicians. One of my favorite times is when I go to a math competition and have a discussion with the person next to me about how they solved a particular problem, how much preparation they put into the meet or things of the like. Being around people who like math as much as I like it and do math as much as I do would be a great experience.

Chukwuebuka is the most intelligent math student I have ever come across in my 13 year career. I have taught our honors track for the past 7 years and there is not a single student who even comes close to his interest or excellence in math. While some students show their interest by playing sports, Chukwuebuka is most interested in solving challenging math problems. Currently, he spends hours after school with our math club adviser. They work tirelessly toward the completion of some of the most difficult problems I have ever seen high school students complete. With Chukwuebuka's interest in math, combined with his high ability level, he would be a perfect fit for Centenary Summer Scholars.

Keep inviting your community to donate & support your dream!

Application Excellence Award from a Wishbone Sponsor Your application essays were very thoughtful!

Ebuka, as my advisory class knows him, is a well-deserving young man who lends his help at all times.

Dalio Foundation matched this donation with $50

Chukwuebuka was accepted into Wishbone!
February 1
Successfully funded on April 26th, 2018!
Fully funded!
$1,245 raised
$0 to go
0 DAYS TO GO
Matched donation
Still want to help? Donate directly to Wishbone so we can help more students like Chukwuebuka.
Donate to Wishbone
Donors
Special Thanks
About the Program