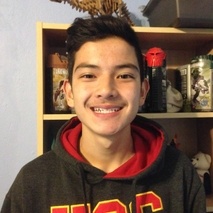 Arya
Successfully funded on May 25th, 2016!
Fully funded!
$1,089 raised
$0 to go
0 DAYS TO GO
Still want to help? Donate directly to Wishbone so we can help more students like Arya.
Donate to Wishbone

My passion is video games.

What keeps me interested in playing video games is the whole mystery about it. What made those characters do what you told them to do? How could the system tell the difference between a melee and sprinting? All of these confused me and enticed me at the same time. I custom built a PC after watching hours of videos on how to assemble one and hours of working for the money to build it. The main differences I noticed between console and PC were the graphics and the smoothness. Were the two coded the same but one had better hardware and could run it better? Or did one have a different type of coding that would allow it to seem more fluid? I searched online and it seemed it was the hardware it was run on that changed it the majority of the time, but I was still confused on how a computer could translate a keystroke into an action.

Attending iD Tech Camps would allow me to explore the world of video games to a deeper extent. At iD Tech Camps, learning how to design a video game would allow me to gain a background in a field I would like to work in someday. I want to transition from a person who just plays video games into someone who actually understands how they tick and can make them. For me, just playing video games is a fantasy, but to actually design them? That would be a dream come true.

Arya advocated for more technology-oriented classes when he had access to none as a middle schooler. He continuously sought additional resources including technical books to strengthen his understanding among interactions of hardware and software. Arya attempts to succeed even when it seems impossible. He has much to learn as he will be challenged to grow, and the iD Tech Camps will allow Arya to further develop his talent and intellect.

I would like to thank everyone who has contributed. I really truly appreciate you all for believing in me and my goals.

Way to go Arya!
I am so proud of you!
Hope to see you in Montreal soon.
Love Ladan

Arya was accepted into Wishbone!
January 29
Successfully funded on May 25th, 2016!
Fully funded!
$1,089 raised
$0 to go
0 DAYS TO GO
Still want to help? Donate directly to Wishbone so we can help more students like Arya.
Donate to Wishbone
Donors
Special Thanks
About the Program