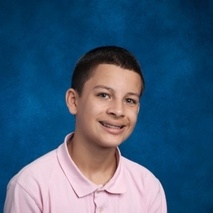 My passion is lacrosse.

It was the summer of 2014, the summer before I entered high school. My friend told me to come play pick up lacrosse at one of the fields. I had never played, but the sport had always been something I wanted to play. I then learned how to pass, throw, catch, cradle, shoot. At first I thought it was hard, and I thought I was horrible. But one of the traits I have is being motivated, so I worked hard and worked on the fundamentals, and really saw progress being taken place. After a while, I worked on my shooting, and now became accurate, faster, and have great form. I discovered this by realizing I've put so much work into lacrosse, that it's something that truly became a passion.

Since I began lacrosse, I haven't found many camps/summer/premier teams that offered scholarships/affordable options. Causing the only organized events when I play lacrosse have to be with my high school, and since my high school doesn't offer summer camps for lacrosse, going to Nike Lacrosse Camp would be affordable and expose me to more coaches from the region, expose me to different players of different ages and levels. Also, to improve my intelligence in the game of lacrosse. I always want to improve and I think this camp will help a lot and also connect me with other players and can help me become a better player and a better leader.

My parents are immigrants (from Colombia) and don't have a doctorate degree in law or medicine. And don't earn a whole lot of money. Which makes me have to face the fact that I don't have a strong support of it or even for my academics. The greatest obstacle I face is for me to get out and get a good education, earn a well paying salary, and be a good leading member of society. I have to struggle the most, work the hardest, work the most, to get my way up there and give back to everyone that has helped me. To achieve a better life than my parents because that's what they really want, isn't it? And if I ever do have children, I want them to have a better life than me and work even harder than me.

Dan checks in with me every day to ensure that he is on target to accomplish great thing. Highly motivated and bright, Dan does not let anything get in his way or impede his goals. He had developed a love of Lacrosse and can be seen practicing outside the school regardless of the weather. His coaches love him due to his tenacious work-ethic and leadership.

Dan is a great candidate for reasons mentioned above ; additionally, he can not afford programs such as this that will enable him to improve his skills and test himself against the best. In fact, with sports in his arsenal, Dan's forecast for a competitive college looks much brighter and realistic.

Daniel was accepted into Wishbone!
January 29
Successfully funded on April 6th, 2016!
Fully funded!
$574 raised
$0 to go
0 DAYS TO GO
Matched donation
Still want to help? Donate directly to Wishbone so we can help more students like Daniel.
Donate to Wishbone
Donors
Special Thanks
About the Program

Sending Daniel to US Sports Lacrosse Camps will cost $475.