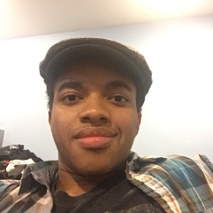 My passion is acting. I was in elementary school when I first learned I enjoyed acting. It was the Before and After School Program and we were doing a little play with a bunch of skits in it. My best friend and I wanted to be double agents and do a spy skit. We got tuxedos and sunglasses and just improvised on stage for a few minutes. After the play, I realized how much fun it was to act and play as an entirely different person and perform for a crowd who enjoyed watching me. I have been doing it ever since and played as characters in school plays such as Scar from 'The Lion King', Iago from 'Aladdin', and Donkey from 'Shrek' just to name a few.

Attending US Performing Arts Acting for the Camera will help me expand my reaches and love for acting. I'll be able to get further insight on acting and the difference between acting on stage and acting for the camera. I would love to be able to learn and try out the different types of acting in front of a camera that they have to offer, such as cold-reading, camera-combat, focus concentration, and audition techniques.

Julian's genuine responsibility for his own learning and his capacity to follow directions carefully, coupled with his ability to work well with others makes him an ideal candidate fro attend US Performing Arts Acting for the Camera.

Julian has been involved in numerous theatrical performances at school. Julian has shared his passion for acting with me because he knows how much I appreciated the performing arts.

Julian posted an update
August 30
My time/stay at Acting for the Camera at Amherst Massachusetts!

My time at Amherst was terrific and swell! I got to meet a whole lot of new people who I quickly became friends with! I’ve learned a lot of new things and a bunch of tips and tricks for acting! The food there was great and the city of Amherst was also very nice and calming, especially at night! All in all, I enjoyed every second there and miss it very much! Thank you for making it possible and I’m sure I’d do it all again!

Julian posted an update
July 13
On my way to Amherst

Hey everybody! I just wanted to tell you on how excited I am to be going to Amherst! I’m really looking forward to all the exciting activities that I’ll be participating in, such as acting in scenes with others. I’m thrilled to learn more about acting and I am hoping that this program will help me improve and learn a lot more about acting!

Keep inviting your community to donate & support your dream!

Your application essays were very thoughtful!

Julian was accepted into Wishbone!
February 2
Successfully funded on April 26th, 2018!
Fully funded!
$1,825 raised
$0 to go
0 DAYS TO GO
Matched donation
Still want to help? Donate directly to Wishbone so we can help more students like Julian.
Donate to Wishbone
Donors
Special Thanks
About the Program

Sending Julian to US Performing Arts Acting for the Camera will cost $1,825.