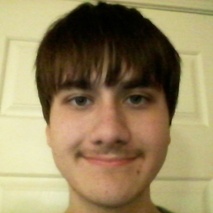 Brendan
Successfully funded on April 27th, 2017!
Fully funded!
$1,800 raised
$0 to go
0 DAYS TO GO
Still want to help? Donate directly to Wishbone so we can help more students like Brendan.
Donate to Wishbone

My passion is Acting.

When I saw my favorite actor, Johnny Depp, in many of my favorite movies when I was little, I decided that I wanted to be like him. A few of the life situations that he's been through were a bit similar to the ones I had in my life. I learned that he was one of the best famous actors and won many Oscar awards. I've emulated him for so long that I got to the point that I wanted to become an actor. I've thought it over for a while if it was worth being an actor and I officially decided that I do want to become one. I've never had the chance to take acting lessons since I have always had a busy schedule. I'm very glad that Wishbone could recommend some places that could help an individual to follow his/her dreams. I hope that I become successful.

Brendan would be a phenomenal candidate for the US Performing Arts Acting for the Camera program. Brendan has a huge personality; while he focuses a lot of his energy on his academics, he focuses the rest of it on making his peers laugh out loud. He is a goofball, and a natural performer. I think that it will be an interesting experience for him to try Acting for the Camera. His big personality makes him a great candidate for the stage, but I think that he could really learn how to harness his energy in a new way. He is an incredibly meticulous student, always ensuring that he has accounted every necessary detail, and he takes feedback as an opportunity for growth and improvement. This program would allow him to hone is already impressive abilities.

I just wanted to express the amount of overwhelming gratitude that I have for the donors that helped me complete the fundraiser for my summer program. Thank you all so much for allowing me to access something essential that will come along as I go into my acting career. I had a blast at the US Performing Arts Acting for the Camera. I finally was able to learn and experience what it was like to act in front of a camera when shooting a scene and what exactly I needed to do to act correctly. Being at the camp not only helped me develop an asset for my dream future career, but it also helped me make friends. We shot scenes together and had a great time as well. Thanks again for all the donations everyone. I got a chance that I never had before.

Brendan posted an update
May 9
Acting for the Camera

I'll be participating in Acting for the Camera at Stanford University this summer. I'm extremely excited and I'm looking forward to learning how to act like a real actor and getting to know the experience of what it's like to be an actor on camera. I will finally have the chance that I've never had before. I've always yearned to take acting classes. However, all the acting schools that I had searched were quite expensive. I'm very thankful to those who helped me raise enough money in order to attend this program. Because of you, I will have the opportunity to make my dream become reality. I believe that this program will teach me so much, and I'll be more than ready. Thank you so much.

Brendan was accepted into Wishbone!
February 1
Successfully funded on April 27th, 2017!
Fully funded!
$1,800 raised
$0 to go
0 DAYS TO GO
Still want to help? Donate directly to Wishbone so we can help more students like Brendan.
Donate to Wishbone
Donors
Special Thanks
About the Program

Sending Brendan to US Performing Arts Acting for the Camera will cost $1,800.